Our staff at Parkville absolutely love animals - it’s the reason we work so hard to provide the highest level of care and attention at every visit. That passion is also informed by years of focused experience and training in veterinary care, including everything from advanced treatments to no-fear handling that helps ensure that your pet is comfortable during visits. From the highest ethical standards to research into the most advanced technologies for pet care, we’re constantly striving to provide the best care we can for your pets.
Dr. Duane Mangini Dr. Jess Morganthall Dr. Anna Martin Dr. Hillary Merry 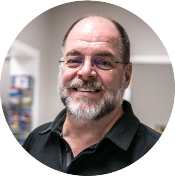 Duane S. Mangini, VMD, is a 1978 graduate of the University of Pennsylvania School of Veterinary Medicine and received his B.A. from the Johns Hopkins University in 1973.  Dr. Mangini has been in general small animal private veterinary practice in Baltimore since 1978.  He is a native of Lancaster, PA.

His veterinary interests lay in dentistry, ultrasound, telemedicine, and dermatology.  Dr. Mangini was elected to Phi Zeta Beta, the veterinary honor society in 1978.  He founded Parkville Animal Hospital in 1985 and served several years on the Animal Care and Use Committee for Johns Hopkins School of Health and Public Hygiene.  He is a past president of the Greater Baltimore Veterinary Medical Association. 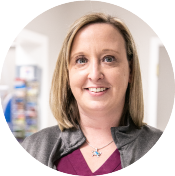 Dr. Morganthall, better known as Dr. Jess received her undergraduate degree from The College of Notre Dame of Maryland in 2004 and graduated from Virginia Maryland Regional College of Veterinary Medicine in 2009. Dr. Jess has been practicing in small animal private practices in Baltimore since 2009. She has a special interest in feline medicine, internal medicine, and soft tissue surgery. In her spare time she enjoys spending time with her son Jayden, going to the gym, and swimming. 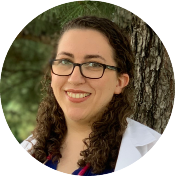 Dr. Anna Martin, VMD is a Veterinarian at Parkville Animal Hospital. Dr. Martin began her education at San Diego Mesa College for her associate degree in Animal Health Technology in 2010. She then earned her bachelor’s degree in animal science at Cal Poly Ponoma, with a Pre-Veterinary Focus and Honors, graduating Magna cum Laude in 2012. Then in 2019, she graduated from the prestigious University of Pennsylvania School of Veterinary Medicine for her VMD. Her clinical training included spending time in a Laboratory Animal Medicine residency at Louisiana State University, which provided her a range of experience with a variety of species including mice, rats, exotics, and large animals.
Dr. Martin began working in the veterinary field in 2008 as a receptionist at a veterinary hospital in San Diego, and then became a Registered Veterinary Technician in 2010 at the same hospital. Growing up, Dr. Martin was inspired to become a veterinarian after seeing her veterinarian take care of all her pets with a knowledgeable and caring demeanor. She loves supporting the human-animal bond and helping people keep those close bonds with their pets.
Originally from an island in Washington State, she also lived in Red Bluff, North California, after settling in Baltimore, MD. She currently shares a home with her two cats, Remy and Milo Scott Gabriel, also known as MSG. In her free time, she enjoys baking, camping, and playing Magic: The Gathering, board games, and video games. A fun fact about Dr. Martin is that she had the opportunity when she was younger to go to Space Camp, twice! 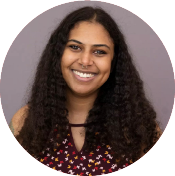 Dr. Merry grew up riding horses from the age of five and competed in hunter/jumper shows throughout middle and high school. This was where she learned her first set of veterinary skills. Immediately following graduation from UW-Madison in 2013, she took a full-time job at the animal shelter she'd been volunteering at through college. After working as an Animal Care Supervisor at a small shelter in Oregon, she decided to go back to school for her DVM, starting with prerequisites. While taking prerequisite classes at Northwestern University, she worked full-time at a small animal general practice where she discovered her passion for primary care and developing relationships with clients. During veterinary school, Dr. Merry developed a particular interest in soft tissue surgery, ophthalmology, and clinical pathology.

Located off of the Baltimore Beltway in the shopping center between Willoughby Rd and Hiss Ave.

Send Us A Message!